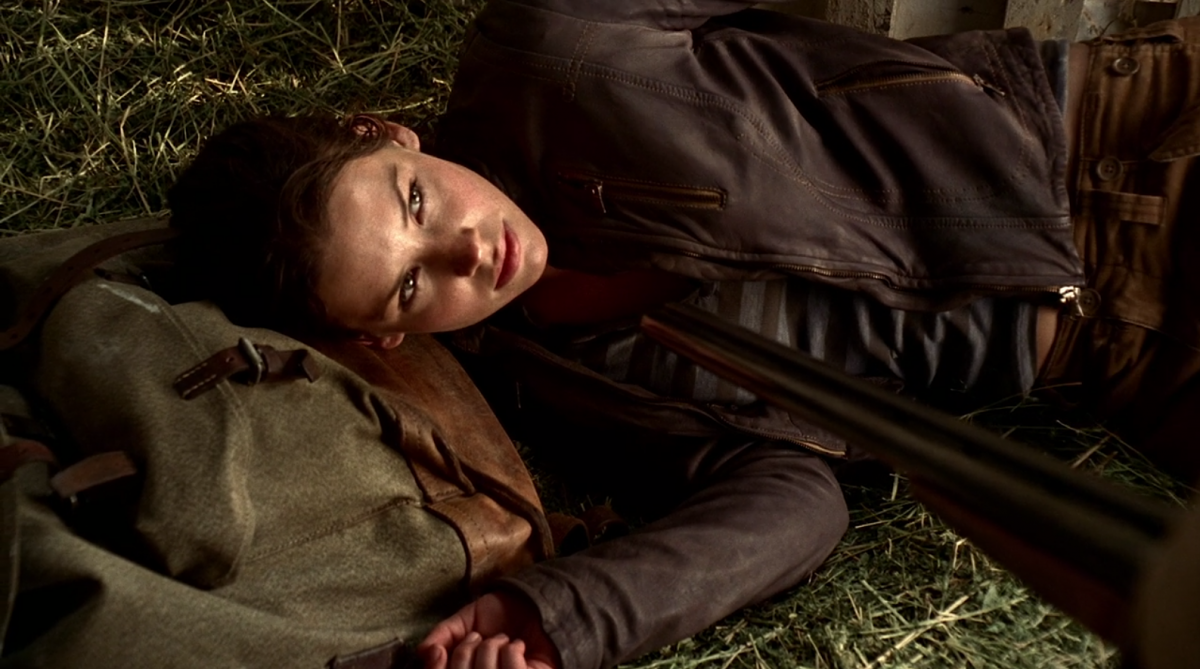 It’s our first episode with an actual title and it’s a doozy. I could probably write an entire post about why “tabula rasa” is not only a great title for this particular episode but also a fantastic piece of showmanship for how Lost rewards fans who dig beyond the surface, but let’s just take a quick dip in the pond for now.

Tabula rasa is a Latin phrase – which translates literally to “scraped tablet” – and is often casually taken to mean “blank slate.” Most obviously, this refers to our hardy survivors. The crash has equalized their histories, putting them on this island together with blank slates to start anew. Who cares if you were in handcuffs? Who cares if you were a drug addict? Welcome to the island of second chances (and jungle monsters)!

But if we take one more layer off of this, tabula rasa as a philosophical concept also refers to the idea that the human mind is blank at birth and that all of our ideas and reasoning come from experience; it supposes that there is very little that is innate about us. Care to take a guess which English philosopher is most associated with exploring this idea? It was John Locke. Of course it was.

All right, let’s talk about this episode.

Jack’s taking care of our doomed marshal when he discovers a surly looking Kate mugshot. Hurley finds it soon afterwards (“dude!”), at which point Jack shuts him down because he can’t have someone else dissing his girl.

Meanwhile, Transceiver Company is moving back down the mountain when they decide to have a little camp out. After some chit-chat, Sawyer brings up the French transmission and Sayid decides that they should all lie about it when they get back. They go to sleep, at which point Boone decides that the best way to get into everyone’s good graces is to steal pieces of the gun off his sleeping companions. He can’t even do it right, because he gets caught, and the gun ends up in Kate’s possession.

Flashback! Kate’s in a barn! Someone’s going to shoot her! Who’s this old Australian guy? Kate lies about her name and who knows what else, gets a pretty yummy looking breakfast, and charms her way into a job as the new farmhand. She must have killed this guy, right? That’s why she’s a criminal?

Just as quickly, we’re back on the island in time for Transceiver Company’s return to the beach. Kate immediately breaks their DON’T TELL ANYONE agreement by spilling about the Frenchmission to her crush Jack. They then dance around the subject of her criminal record like two freshmen who don’t know who should breach the subject of the homecoming dance.

Somehow, Kate ends up inches away from her marshal buddy who jolts awake and tries to strangle her. Jack pops in, breaks up the choking party, and asks Kate the question that is on all of our minds: “What did you do?” There’s no good answer, just like there’s no way Jack will do anything other than use all his time and resources and energy to continue to keep this guy alive. When Kate suggests perhaps mercifully ending his life, Jack calls her a murderer.

Michael goes off looking for Vincent after the island teaches him a lesson about making weather-based promises, hears mysterious growling, and runs into Sun bathing herself. Awkward!

Flashback again! OK, so the farmer ends up turning Kate in for reward money (oh, so she’s already on the run and killed someone then?) but Kate crashes his truck while inside. It catches on fire, because it’s a car that crashed on a TV show, at which point Kate then saves the farmer from the burning car and gets herself caught. It’s like she can’t decide whether she’s a criminal or not! Conviction, Kate. Conviction.

Back on the island, with a single bullet in a single gun, it’s clear that the dying marshal will be our first human firearm casualty (a moment of silence for Freezepop, that polar bear Sawyer killed), but who will do it? It turns out Kate doesn’t have the conviction after all and hands the task to Sawyer who bungles it by not knowing his anatomy well enough.

The next morning, Jack justifies the episode title by giving his little tabula rasa speech to Kate, and Locke uses his whittled dog whistle to bring Vincent back. Then there’s a really ominous shot of Locke. Clearly, he’s also a murderer. Everyone’s a murderer.

This is our first real flashback episode, which sets up two important precedents. First, it gives us the storytelling structure that Lost will follow for the foreseeable future. The show is now tracking two parallel sets of stories: those on the island and those that happened previously off the island. Second, with Kate’s flashback, the show also warns us that it will never give us everything at once.

It would have been fairly simple for this episode to flash back to what Kate’s original crime was, but instead the flashback restricts itself to Kate getting caught. Why? Why not just show us how she gruesomely murdered those innocent Jazzercise ladies? (Spoiler: that’s not what Kate actually did. Or is it?) Because now we have more to discover about Kate. Because now the show hints at future flashbacks to peel more layers off the Kate onion. Because now we’re invested in her as a character instead of immediately writing her off as the Jazzercise killer.

The flashbacks also help focus the show and the audience’s attention on a single character. As the flashbacks start, it becomes clear that this is a Kate episode. This also allows the on-island action to be Kate-centric. With Lost being an ensemble show with a fairly sizable ensemble, having a natural way of explaining why certain characters aren’t as prominent in certain episodes is a gift.

Another benefit of the flashbacks is that character traits and quirks can be reinforced by backstory without needing too much to happen on the island itself. Here, only one large plot point occurs: the marshal dies. Everything else is continued relationship development between the characters. Yet, this episode doesn’t feel static; it doesn’t feel like the writers are dragging their feet.

Instead, the exploding of Kate’s relationship with the marshal, her paradoxical behavior of running away from trouble yet sticking around to save the man who turned her in, her layers of deception to fellow survivors about both her ability to use a gun and her criminal history – all of these mean that our engagement as an audience grows, even as the action on the island seemingly slows down.

In addition, there are some fantastic non-Kate character moments scattered throughout this episode. Here, the first hints of Hurley as a kind of everyman conscience emerge – a stand in for the average person. He is out of his depth when discovering Kate’s mug shot and hesitates when told to go back into the fuselage. There’s a pointed moment between Jack and Sawyer in the plane, where Jack’s hero complex roars to life over the unsaveable marshal. Jack rages against Sawyer’s pragmatic approach to their situation; perhaps he has had experience with patients beyond hope? And speaking of Sawyer, how about the frustration that he feels upon knowing that he was unable to kill the marshal? It shows us that he’s not just a one-dimensional asshat past redemption – that perhaps in his eyes, he’s the hero in all of this.

Locke, who somehow whittles a precise working dog whistle, then uses it to draw Vincent out from hiding, then goes out of his way to provide Michael with a heroic dad moment. Good job, creepy bald guy.

It’s Sawyer, right? He’s looting the plane luggage for personal goods, he’s calling Sayid nonsensical racial slurs, and he’s failing to kill people who just want to die. He can’t even light his cigarette after his botched execution. The worst!

Also, they showed that scene again with the luggage hitting the marshal in the head while they were on the plane. Still gives me semi-jeebies.

Sulking under that beach tarp because his dad doesn’t want him to be friends with that cool bald guy who knows backgammon, but that’s OK because he’s not like my real dad anyway so it’s not like – oooooooh, there’s Vincent!!