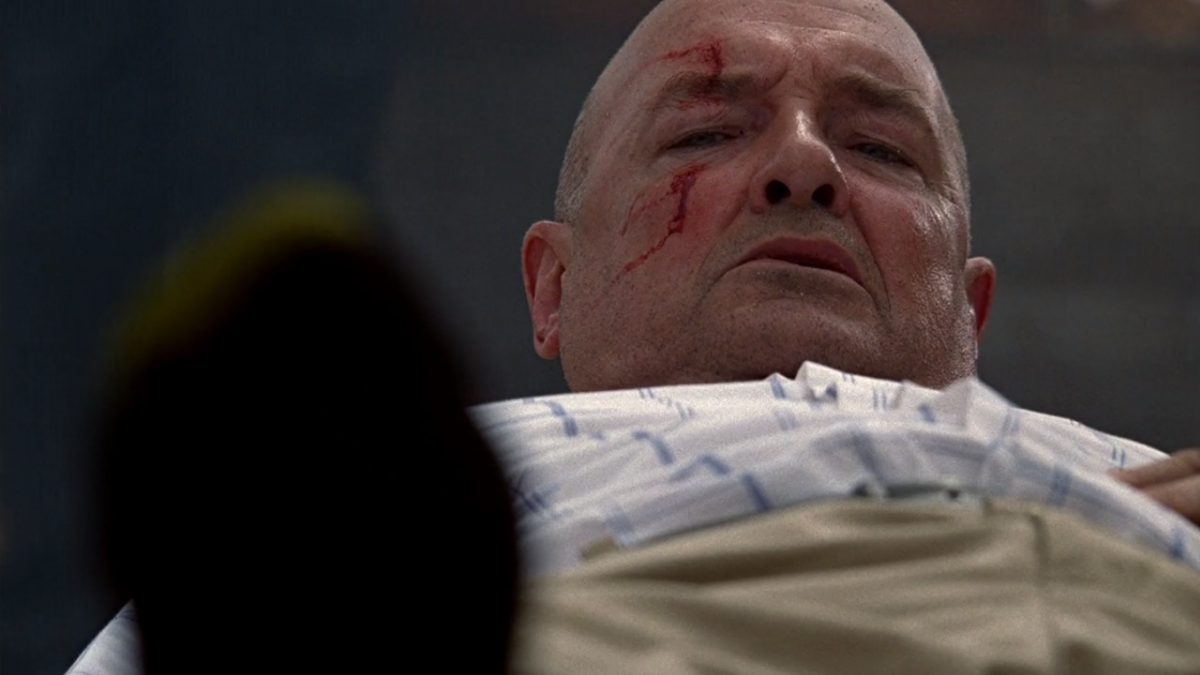 When I think back on the first time I watched Lost, I mostly remember the broad strokes of what I enjoyed about the show. I remember the gripping pilot episode. I remember the evolution of the characters and the clever use of flashback to slowly pull back the curtain on the many mysteries that get peppered throughout the show.

I also distinctly remember Walkabout as the episode that made me sit up, take notice, and fall in love with the show. In some ways, this episode is the payoff to all the tense, foreboding establishing shots of John Locke over the past three hours of Lost. In others, it is a master class in subverting expectations. Walkabout is Lost learning to do what it does best.

The gang awake to mysterious rumblings inside the fuselage. Intrepid Jack first blames resident hooligan Sawyer, who refutes his claim by having been behind him this whole time. The gang goes to investigate, only to discover that their beach paradise has been invaded by boars. Boars! Locke recognizes them immediately because he’s a boar expert.

Jack, having dealt with the aftermath of MarshalGate, is now on a bit of a sociopathic pragmatist tear. “Burn them all!” he yells. Charlie, Sayid, and Kate plead with him futilely.

The next morning, Sayid’s making a signal boosting piece of tech with nothing but a circuit board, a screwdriver, and his brain. Hurley tries to pressure Sawyer into giving up his bag o’ foodstuffs because (gasp) there’s no more food! Trying to stave off the second panic in 24 hours – I mean, I can only assume there was a panic when 3 boars ran out of the plane in the middle of the night and injured Charlie after a corpse-eating party – Jack and Sayid try to calm the agitated additional survivors who don’t get speaking roles.

Then Locke throws a hunting knife near Sawyer’s head and everything changes. Who’s this creepy bald guy? What has he been hiding? The answer turns out to be a case full of hunting knives and an Independence Day-esque speech about boars.

We flashback to Locke’s job as an…intelligence agent? A military advisor? Oh, wait, no, he’s just a corporate lackey with an asshole of a boss.

Back on the island, Kate and Michael decide to go boar hunting with Locke. Claire spearheads a memorial service for those that died in the crash. Shannon charms Charlie into catching a fish for her. Jack sits and comforts Rose. Claire finds an envelope for Sayid with pictures of a beautiful and mysterious lady that makes him smile.

In the forest, Locke leads the crew right to the boar, only to have Michael inopportunely alert the beast, who gores him. Locke falls down into a flashback, where we see him playing a board game and learn the reason he was in Australia: he got tickets to an authentic walkabout! Screw his completely unreasonable and condescending manager! I hope he takes this Helen woman and does what he’s always dreamed of, just like that Norman Croucher guy.

Oh wait. Oh no. Helen is a woman John’s been paying to talk to on the phone. She’s not going on the walkabout with him.

As Kate’s taking Michael back to the beach, she climbs a tree to put up Sayid’s makeshift booster device only to be surprised by the monster and drop the device. The monster finds Locke. They have a staring contest. Or something.

Kate and Michael make it back to the beach. Shannon and Boone tussle over whether Charlie catching a fish means anything. Kate apologizes to Sayid for being a klutz. Locke is dead, right?

Suddenly, Jack sees a mysterious well-dressed silver fox of man standing next to a tree. Then he doesn’t. Is he there? Who is he? A short chase reveals…Locke dragging a boar out of the woods.

The episode then closes with a touching if somewhat anodyne memorial service by Boone, Claire, Hurley. Then a final flashback where Locke gets to go on his walkabout and become the great hunter he is today.

Oh wait. Oh no. This Australian guy is saying he can’t go. Why not? Because of his condition. What condition. OMG HE’S IN A WHEELCHAIR. The wheelchair we’ve been seeing this whole time is Locke’s! He couldn’t walk until he crashed?! WHAT IS THIS SORCERY.

Aside from the top-notch M. Night Shyamalan-ing at the end there, this episode is full of moments when the rug of expectations gets tugged out from under you. Yet each tug, instead of violating and cheapening the experience, simply heaps onto the lamentable tragedy of John Locke.

There are three great tragic beats:

Because these beats exist and increment in tragic severity, John’s rebirth and miraculous redemption on the island as a highly competent hunter is much more meaningful. His life up until the crash has been so pitiful. His life after is now full of purpose and meaning. John Locke has finally found out what he’s meant to do.

The other reason this episode is so great is because Sawyer throws out a nickname for Jack that he’ll never use again – “Metro” – that feels both severely dated and spot-on appropriate.

Because here’s the thing: that’s the first time that Sawyer has seen Jack that morning and for some unknown reason and from some unknown source (and what will remain a Lost mystery for the ages), Jack has acquired and decided to wear a completely self-indulgent totally-metrosexual pinstripe scarf/wrap/rag thing. Is this what Jack imagines “blending in” looks like? Is he looking for a new island style? Did his neck get sunburned?

If there’s one thing I could change about Lost, it’d be that Jack wear this scarf in every future scene forever.

I’m tempted to give everything to Locke this episode – he does procure a boar for everyone after all – but I feel like Claire’s quiet resolve at setting up a memorial deserves the prize here, especially  because she had to face the harshest obstacle of all: overwhelming Jack apathy.

Michael speaks in a rude manner to Sun, goes on the hunt as a way to keep an eye on Locke, then blows it at the moment of truth, and gets gored. Come on, man. A little effort would go a long way.

And while it’s not great in the grand moral scheme of things that Shannon manipulates Charlie to get a fish to win a quibble against Boone, you have to admit, she knew just how to get a fish.

Chilling with Sun, learning how to brush his teeth with aloe vera.